I just finished a book called Linked. It’s a book about network theory and covers a wide variety of topics very quickly. It’s not incredibly long but I found it very interesting just because of speculation I’ve done over the years.

Sometimes, I’ve wondered if the patterns I see in some subject translate (either by divine will or mathematics) into other subjects. For example, if the 80/20 rule applies in software, does it apply to business or biology or anything else? The author covers these kinds of things in a much more journalistic approach than my everyday speculation and casual daydreaming could. It was reinforcing in a way.

Towards the end of the book, the author has a diagram of a three-point triangle. He relates the node map to society and members of society as connectors and hubs. The chapter covered topics like infection and how certain hub-people will transmit disease faster than others. It’s a bit more complicated than how I’m summarizing but the diagram caught my attention none-the-less. The author started with a node and then added nodes recursively (whether he knew it or not). So I fired up the processing.org program and tried to draw what he had made but make it configurable with depth. Here’s the result, was fun. 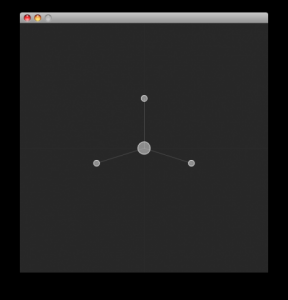 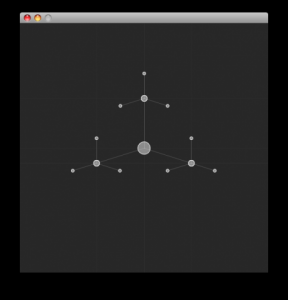 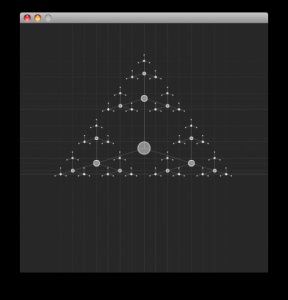 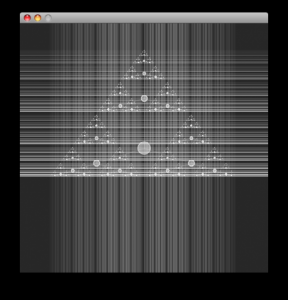