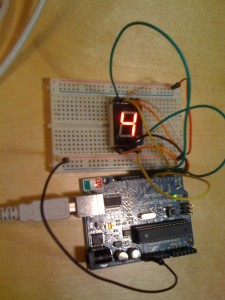 Hacking around with sparkfun shipments and components. I got a starter set with a box. Included a 7 segment led. Got it to display the number 4. Moved on to a capcitor test. Arduino playground has a read/discharge example. It reads how many milliseconds it takes to charge/discharge. I got it working but don’t understand it still. I did a potentiometer test. A basic rocker switch test. Resistors in serial, resistors in parallel. I made a push switch toggle on/off led light with a transistor (I think). Transistor testing (those things are weird). Just kinda went through the box and saw what did what. I want to understand multiplexing and make a 2 digit or more 7-segment LED display work. I have a bunch of wire and things to make it work now. I need a resistor kit, sparkfun was sold out recently but now they have them. It’s a kit of every resistor you can think of. 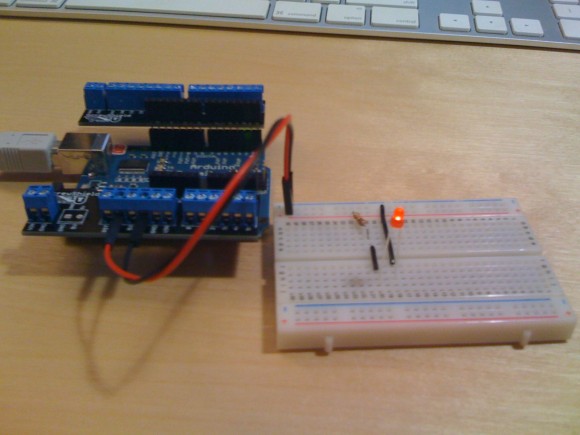 I also put together a wingshield kit. I makes connecting wires to the arduino a little more stable because you can screw them into the screw terminals. I seriously screwed up at one point, snipping off the header pins when you aren’t supposed to snip them, doh (what will plug in to the headers if you snip the pins?). I had to desolder and use parts from another kit. Amazingly the desoldering went better (although it takes a long time) and the shield seems to work.