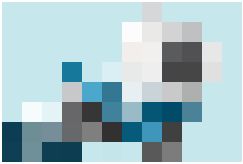 I used to use RVM with gemsets and loved it. Wayne’s work is amazing and way beyond any shell-fu I know. I was super impressed as I started and used it for at least a year on my main dev box.

Then I upgraded ruby a few times and that was ok. But then I sudo’d to root and got: # ~/.rvm does not exist (or something)

So I’ve switched to no gemsets and rbenv. I just use rbenv and ruby-build. Rbenv seems to runs a lot lighter and doesn’t complain on sudo.

RVM beats rbenv in gemsets though. Rbenv gemsets don’t have global so you have to create a pre-install rails just to rails new. It’s a chicken before the egg thing. There’s no global gemset so rails doesn’t exist and you don’t have a directory to create the .rbenv-gemsets file in. So you have to create a tmp rails project with like the Rails 3.0 generator. And then you have to upgrade that project or something.

update:This might not be true. If you delete your .rbenv-gemsets file out of your home directory and make sure that each project has it’s own gems installed then gem will be global and you can install/remove gems as normal. So your global gemset is when rbenv gemset active returns nothing.

Upgrading ruby versions with rbenv does not import your gems. So you have to wait until you need them and install them with bundle or pre-cd into each of your projects to install them?

So that’s why I went with a third option.

Bundler works but with no gemsets, you end up with a lot of dupe versions that don’t hurt anything. You can bundle exec foo and the correct version of foo will be loaded. However, I do miss having clean gemsets. This list grows and grows without end. `

Having dupe versions is kind of annoying after a while, especially if you wanted to create a mobile rails dev env on a usb key. You don’t know what your dependencies are. Or do you? You can go until a project with Bundler and do: `

Then I guess I could copy all the gems somewhere. But it’s not automatic. With gemsets, each project was in a directory and I could just grab all the *.gem files.

So there’s pros and cons to each method. I have no problems without gemsets but I don’t have cleanliness. I just don’t know what the downside to having a messy system is. Honestly, a patch to gem where gem list would just colorize the list from bundle list would be awesome.